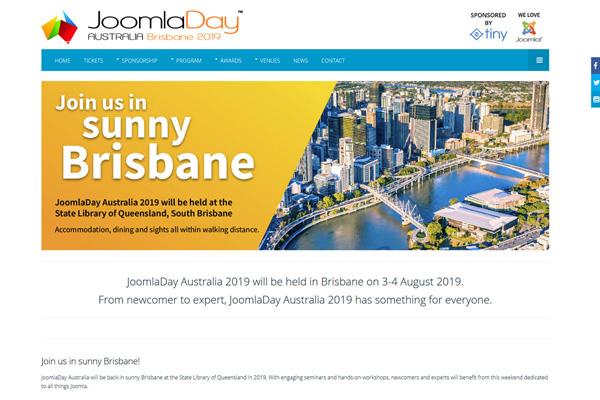 Member of the Organising Committee and Social Media Manager for the 2019 JoomlaDay Australia conference in Brisbane, Australia.

The JoomlaDay Australia conference is a not-for-profit, volunteer-run conference which runs in a different Australian state each time. The Organising Committee is made up of members from various states. Previous events included 2017 Sydney, 2015 Brisbane and 2013 Melbourne.

In 2017 we located and merged more than 15 disparate Australian Joomla-related Facebook pages and merged them into a single page which currently has over 1200 followers. At the same time we created a new Twitter account and YouTube channel. The organising committee also collated email addresses from previous events to create a master mailing list.

load more hold SHIFT key to load all load all